1. Beautiful Country In The World:

Switzerland is the world’s no 1 beautiful and nicest country.

2. The Entire Population Of Switzerland Can Fit In Its Nuclear Shelter:

Whenever nuclear war is started again, then the best place to be is Switzerland because its nuclear fallout shelters can accommodate the entire Swiss population. It is even required by law that everyone has access to one of those armoured shelters in their flat or building close by.

In the background of many star war films, you may recognize the wonderful Grindelwald mountains of Switzerland. The snowy peaks were also used to depict Princess Leia’s home and princess Alderaan.

3.Animals Of Switzerland have rights:

Switzerland is one in those countries which love animals and make several laws for them to protect their rights. In Switzerland, dogs can also eat in restaurants as well as humans. While the owners of some pets have to complete a course on how to take care of them. There are also laws properly stating that social animals must be kept in pairs.

4. People Of Switzerland Can Live Longer:

Teenagers of Switzerland ranked first in Europe for maths in the 2015 Programme For International Student Assessment(PISA) survey and 8th in the world. 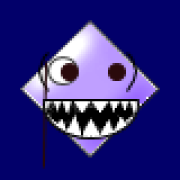