This true story was told to me by a friend of mine. It so happened that a cousin of my friend got married but after a long time, they did not have any children. They became very upset and at an equivalent time, the family relative starts making things up. That is, as many words as there are mouths. An aunt of the family will reach such extent that she is going to start advising the boy’s mother that when your daughter-in-law isn’t ready to give birth, take her by the hand and take her out of the house Don’t fire? That is, why don’t you get a divorce from your son, but the boy’s mother had the fear of God in her heart, so she didn’t pay any attention to this advice. The matter was settled and after some time her aunt’s daughter also got married. But a few days later it was found out that he was divorced and she came home. The reason was that his son-in-law did not like his wife so he divorced her, and married another girl. This incident teaches us a lesson that we do not want someone else’s bad because it does not take long for those who want someone else’s bad to become their own bad – a wise man says the ugliness of morals and attitudes We don’t realize it until they treat us. 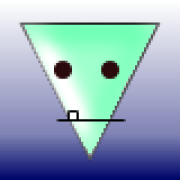 Knowledge Is An Ocean

Knowledge Is An Ocean