There was a group of monkeys living in a forest. There were two children in this group, who were very naughty. Their parents were also fed up with their mischief. There was also a little giraffe living in the same forest.

He was a very simple and forgetful child.
One day while grazing, he came to a part of the forest where this group of monkeys was enjoying eating leaves and fruits from the trees. The two little naughty monkeys were surprised when they saw the giraffe. No such animal was seen. One of the baby monkeys said, “Hey, look at that weird animal, let’s tease it.”

The two monkeys jumped up and reached the tree under which the giraffe was eating leaves.
Sitting on a branch of this tree, they both said to the giraffe, “O Lambo! What is your name?”
The giraffe said very gently, “I am a giraffe, will you befriend me? What are your names?” The two monkeys laughed mischievously and said, “Why should we befriend you?” Seemed? How ugly you are, neck like a tower and legs like a ladder.

We don’t want to be friends with such a shapeless animal! ”
After saying this, the two monkeys started biting the giraffe. One of the monkeys broke a ripe fruit from the tree and threw it towards the giraffe.

Seeing this, the two monkeys started laughing and jumped up and ran away. The giraffe became helpless and hung its head and left. One day, the two mischievous monkeys decided that they would do well in the forest. We will walk far and wide alone.
Early in the morning, while the other monkeys were asleep, the two mischievous monkeys slipped out. In a short time, they went far away from the group of monkeys. When they were very hungry, they both ate fruits from the trees. They were having a lot of fun walking around and having fun like this.

It was late afternoon and they both went and sat on the green branches of a tree to escape the heat. A lion was resting under that tree. There was a greenfield around the tree. A river was flowing by the side of the field. The monkey was so lost in that beautiful scene that he did not even realize that there was a lion here.
But when the lion roared at the flies that were sitting on his face, the monkeys saw the lion. When they saw the lion, they were terrified. After a while, they realized that we were safe on the tree. Inside was full of mischief, so here too they began to feel mischief.

The two mischievous monkeys made eye contact and broke a fruit of the tree and dropped it. The fruit fell straight on the lion’s nose. The lion roared angrily and looked around. When he looked up, his eyes Lying on the monkeys.

The monkeys were giggling and laughing, but they couldn’t laugh for long, because the lion was going crazy. He roared in a thunderous voice. “Don’t you know that I am the king of this forest?” Get down from the tree.
I will eat you both and punish you for this insolence. ”
The monkeys laughed again. They were sure that we were safe in the tree. Seeing them laughing like this again, the lion became furious and rolled up its legs and jumped like a spring.
The mischievous monkeys saw that the lion’s jaw was open and its sharp pointed teeth were towards them and it jumped very fast and came very close to them. Both the monkeys lost consciousness and stopped all their mischief. She stood still and clung to each other in fear.

The lion jumped very high but the branch on which the two monkeys were sitting could not reach there. The lion jumped again. The condition of the monkeys became very thin. They started screaming in fear but there they There was no one to hear the cry.
They had run away without the permission of their party and their parents. There was no other tree around this tree for them to jump on, nor the tree on which they were sitting. There was a strong branch at the height on which they could go and sit, thinking that the naughty and disobedient monkeys were badly trapped today.

He was in such a state that he was not giving any explanation when suddenly a soft voice came in his ears saying, “Don’t panic! I’ll get you both out of here. Get down on my back, leaning on my neck. ”What they see is a giraffe’s head sticking out of the leaves of a tree just above them, which they had ridiculed a few days earlier.
The monkeys looked at each other in embarrassment that today the same giraffe is ready to save our lives. This giraffe has no idea about the mischief and jokes of that day. Both the monkeys lowered their eyes. The giraffe said. My friends, hurry up, if the lion sees me, it will eat the three of us.
“
Frightened, the monkeys slipped on the giraffe’s neck and mounted on its back, and the giraffe grabbed them and slipped away. At first, the lion did not know what was going on. But when he saw the two monkeys running away on the back of the giraffe, he roared and chased after them.

When the monkeys saw the lion chasing them, they lost their lives and started screaming. The lion was running with all his might to catch the monkeys and was roaring. The giraffe explained to the monkeys: There is nothing to be afraid of. You both are safe now.

The lion can never catch me. “
And it really happened that the giraffe left the lion far behind. When he reached a safe place, the giraffe stopped and the monkey jumped down from his back. Then the giraffe said to them, “You both made a lot of fun of my long neck and my legs that day. Because of them, your lives have been saved.
“Because of the long neck, I was able to see you both from a distance and take you off the tree. And because of the long legs, I was able to run fast.”
What could the monkeys say about it, they both bowed their heads in shame and remained silent. Seeing their condition, silence and embarrassment, the giraffe laughed and said to himself, “Come on! Leave these things, forget the past.” The story is, from now on you will become my friend and play with me every day.
“
Seeing the goodness of the giraffe, the two mischievous monkeys became very angry at their actions. Why did they harass and make fun of such a good and lovely giraffe? They both apologized to the giraffe at that time. Requested
“Friends! There’s no need to apologize,” said the giraffe.
After hearing the words of such a big-hearted giraffe, they decided that from now on, they would not harass or make fun of anyone. The two mischievous monkeys said to the giraffe, “We deliberately killed you.” It was very annoying, from today we will not harass anyone, nor will we say bad things to anyone.
From today you are our best friend. The giraffe was very happy to hear this from the two monkeys and they started living happily with laughter. 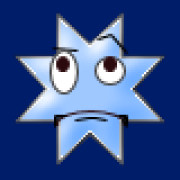