In a village, there lived a labourer named Fazlu. He used to leave his house every day in search of wages, which he would sometimes find and sometimes he would have to return empty-handed. He had no permanent source of income. The wages he received were spent on feeding his family, after which he was left empty-handed.

In the same way, time passed and her children grew up. Now their needs were not met by her meagre income, this income also depended on getting a wage. She had to sit idle for many days. Then his wife told him to find a permanent source of income now, the children are growing up, they will need money for education and other needs. He was a hard worker, he listened to his wife and made a decision. The next day he went to the bazaar and bought an axe with the little money he had. There was a forest near his house, he cut wood from there and took it to the bazaar and sold it. He made a good living and this was the first day of his life when he and his wife and children ate a full meal. Cutting wood became his source of permanent employment and the income he earned from it. The domestic situation began to improve. He tried every day to cut as much wood as he could to make more money from his sales. But after a few months, his efficiency began to wane and he could not cut as much wood with his axe as he did in the early days. This situation also affected his daily income and his domestic situation began to deteriorate again.

When his wife asked him why, he said that he did not cut as much wood as before, even though he worked all day.
The axe does not move on the tree-like before, which makes it difficult for him to cut wood. After much thought, his wife asked her husband how many times he had sharpened it after buying the axe. Fazlu replied that he did not think of sharpening it. Secondly, if I go to sharpen the axe, when will I cut the wood?

The wife said to him that if you spend a little time sharpening the axe, you will cut more wood in less time after increasing its efficiency and you will also have to reduce the labour. The matter came up and after that, he started sharpening his axe regularly, which made his performance as before and his domestic situation started improving again. 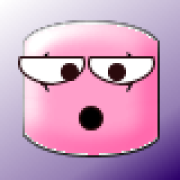