Over the past two decades, technology has had a profound effect on the individual and collective lives of human beings. Today’s man sees life through the prism of technology, it seems that nothing is in the first hand.

If we look at ten years ago, life was full of colours. Relationships, family and friends were the priority. People used to sit together, talk to each other, spend time with their friends and family. But today, siblings sitting in the same room talk to each other via instant messaging or WhatsApp, even their The well-being of family members is known through the statistics of Facebook or WhatsApp.

Speaking of earlier times, there was a time when there was only one television in a house or colony and it was like 9 o’clock in the night when the news would be on the street or the people of the colony would gather in this house and I would have enjoyed this moment. But today is the exact opposite. Today, there is more than one television in every home, but viewers are busy elsewhere.

Today, everyone has a smartphone, so even if the whole family is sitting down to dinner together, more than half the members are busy on their phones.

The children played games like cricket and secretly searched the streets. In the month of June, afternoon, when all the elders were asleep, cricket balls would break someone’s window glass and all the uncles would gather.

The children would knock on the doors of the houses and run away. People used to get angry with it but they also started laughing at the innocence of children.

But then times changed, now four-year-olds know how to use a smartphone, they all have smartphones and tablets. They are immersed in screens and do not even know the value of outdoor games, friends and family.

Technology has shut us down socially but separated us from the real colours of life, the importance of family and friends.

Today everyone is living a life full of lies and deception, we make excuses that we are not, this hypocrisy has made the world an imitation. There seems to be nothing in the first hand, it’s just a “second-hand living”. 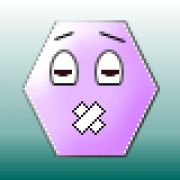 Do Good And Have Good

Aristotle And His Philosophy Of Education: