Ruins of 5,000-year-old University Sharda, forts, Korans and pandas, Mongols and Mughal passages, charming gardens, forests and trails, waterfalls, forts, archaeological treasures. Millions of tourists are arriving in Kashmir from within the country. The Coronavirus has hit the region’s tourism industry hard like any other sector. Now the government has opened Azad Kashmir to tourists like any other tourist destination in the country. This important sector is associated with the employment of more than half a million people of the independent state. They were unemployed for five months. Kashmir is undoubtedly a paradise in the world. Neelum Valley, Jhelum, Lipa, Toli Pir, Ganga Peak, Banjusa. In the upper areas, the atmosphere and weather is similar to that of January even in June. One of the most beautiful parts of Kashmir is under the control of India. The second part is Azad Kashmir and the third part is Gilgit-Baltistan. Fourth, it is controlled by China. These are all masterpieces of beauty. In the last PPP era in Azad Kashmir, attention was focused on bringing the state closer to Gilgit-Baltistan. Which everyone welcomed. Everyone wants to try to establish friendly relations with the people of Gilgit-Baltistan. Quotas have been allotted for them in the vocational educational institutions of Azad Kashmir. Former Prime Minister Mian Nawaz Sharif has announced the construction of a major highway Neelam Expressway and Shunthar Tunnel to connect Azad Kashmir with Gilgit-Baltistan and China. It is not known what happened with these projects. Immediate work started. Construction of Lipa Valley Tunnel was also necessary but it was not constructed. If the Imran Khan government took into account the need to include Azad Kashmir in the C-Pak, took an interest in the completion of important projects and kept development separate from politics, then not only the Neelam Valley including the C-Pak but also the promotion of development and tourism. It will lead to the development of the region. In the time of Dogra Maharajas, ancient routes connected Kashmir with Central Asia, Iran and China. If the governments of Gilgit-Baltistan and Azad Kashmir pay special attention to the development of the region together with Islamabad, the fate of the region will change.

Tourists have once again turned to the Neelum Valley for holidays. Queues of vehicles are lined up towards Neelum Valley. Thousands of vehicles have entered. People are optimistic despite Pak-India tensions. People here are second to none in hospitality. There are complaints about some businessmen who focus on making more money than hosting and facilitating tourists. The local administration is active against them. The administration should take strict action in this regard. No fee is being charged from tourists at entry points. Today, the priority of tourists in Kashmir. People from Kagan, Naran and Swat are also going to Neelum Valley. It is necessary to divert the attention of foreign tourists in this direction. No one will be able to come here if the condition is set. Because most of the area here is less than five kilometres away from the ceasefire line. Other tourist destinations of Azad Kashmir like Jhelum Valley, Lepa, Pir Chanasi, Banjusa, Rawalkot, Sadhan Gali etc. have their own great importance. Boiling springs of cold and fresh water in Neelum Valley, waterfalls, flowering plants, fragrant valleys, captivating landscapes, high mountains talking to the sky, waterfalls, streams, thousands of kinds of herbs, natural flowers And delicious fruits welcome tourists. The government is paving the way, taking interest in providing facilities to tourists. Highways were well constructed but no attention was paid to drainage. So they stood in places. There are hotels and tent villages. There are several guesthouses which need to waive the utility bills of the last five months and provide interest-free loans. You can drive from Islamabad via Murree, Kohala, Dhir Kot, Bagh, Ganga Choti, Muzaffarabad to Pir Chanasi, Jhelum Valley and Neelum Valley. Millions of tourists have come to Neelam in recent years. This is the season of tourism in the valley. April to September. Tourists can also do trekking. However, our mobile service is only for this purpose. Other mobile services only work up to the Nosiri Neelum Jhelum project. Adventure tourism, boating can also be done. You can also enjoy skating and snow sports in the snow-capped mountains here in winter. Beautiful places like Murree, Swat, Naran, Kagan have their own charming significance. Tourists spend hundreds of kilometres in Kashmir to commemorate them. By coming here, the Azad Kashmir Movement and its victims are also known. The Indian Army has detained the people of Occupied Kashmir in front of the Neelum River. The situation has worsened since August 5, 2019. India has practically turned Kashmir into its slave colony. The entire area is under siege. Whoever comes here. Returns to yearn for Kashmir’s independence. The population of Occupied Kashmir is visible from Chalhana Tatwal and Karen.

The Azad Kashmir government gets its income from the forests, herbs, precious and gemstones of Neelum Valley. This income can be multiplied many times over. With a special focus on tourism, accommodation and food can be provided to tourists at reasonable rates. So that these people come here again and again. The decision to set up a tourism policy is reasonable. Check and balance is also necessary for this. This valley can become a golden hen laying hens in the development of the state. Tourist reception, information counters, area history, availability of standard items at reasonable prices are essential for them. The people of the area are educated. They can be good hosts. Only by treating tourists like distinguished guests can the valley introduce tourism as an industry. Transporters, hoteliers, tent village managers and everyone else can offer their services. Remember, where tourists are returned, they are not respected and guided, they cannot attract tourists despite the beauty of the area. On the contrary, negative perceptions about them are common.

To make tourism a profitable industry, every effort must be made for the convenience and comfort of tourists. After the formation of tourism policy, it will be reasonable to deploy it at Neelam and other places. In these columns, Khaksar had proposed the establishment of tourism police in 2015. Five years later, however, it was implemented. Which is welcome. Civil administration should be active here. Complaints and suggestions boxes should be kept in place if the Tourism Police Quick Response Force takes immediate action on complaints or suggestions, positive results can be achieved. Kohala should not be allowed to make fun of tourists by declaring it as Kashmir. Special counters of Azad Kashmir Tourism Department need to be opened in cities like Islamabad, Karachi, Lahore and Peshawar. He said that guest houses run by the government or government-funded guest houses should be allowed to be occupied by the recommended people. 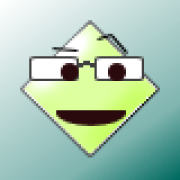